ALL IMAGES and VIDEO ARE COPYRIGHTED AND PROTECTED.

The day started a tad brisk, but warmed up, as I walked around the barricade-lined Wall Street.  With tourists filling up the now narrower-than-usual sidewalk, I asked a security guard why the usually open Wall Street was now blocked off.  I knew the answer, but I just wanted to get confirmation.  Occupy Wall Street, now in day 17, had turned Wall Street into a land of forbidden freedom, as the main thoroughfare was cordoned-off from foot traffic.

As I walked around the area, I found a coffee shop where I could rest.  A bit disappointed in my adventure today, I sat in the coffee shop feeling this day may have just been a waste.  After the cap, I headed back out to Wall Street and the surrounding area, when I finally came upon exactly what I was looking for.  The headquarters of Occupy Wall Street, located on Broadway and, ironically, Liberty Street, was filled with inhabitants in temporary dwellings teemed with piled sleeping bags, possessions covered in plastic bags for protection, and a makeshift kitchen filled abundantly with food.  Shipped donations in packaged USPS mail boxes supplied goods to sustain the protestors for the long haul.

I witnessed one lady being arrested.  Cell phones, video and still cameras rushed to the edge of a set of barricades to capture the incident.  Protestors kindly pleaded to let the young lady go, but those pleas fell on deaf ears.

At 5:30, the march started down Broadway and headed towards Wall Street.  The drizzle increased steadily, but never intensified to a stifling downpour.  I was a bit annoyed, but only for the sake of my own gear, and nothing else.

Curious bystanders with their cameras out, photographed and video taped this historic event.  Suits quickly strided down the narrow street, trying to avoid the inevitable deluge of protestors.  Duane Reade employs cheered and thumbs-up’d the marchers as they walked past their window.  Chants rang the gamut from “We are the 99%” to  “The banks got a bail out, we got sold out”.

The day’s event was interesting as I tried to go in with an impartial eye.  To tell the truth is to tell the truth.  Unfortunately, not everybody was their for the true objective, as I witnessed an obnoxious, young man rudely tell a young lady to get off his “bed”.  Not his bed, a stone platform which her taxes paid for, and just as well she was entitled to stand on.  It was pathetic, as when questioned by another person about what the event was about, the young, obnoxious guy admitted he didn’t even know.  It’s people like him that insult the integrity and purpose of Occupy Wall Street.

So here’s what I witnessed today:

1)  Most, but not all of the protestors were young (mostly college students) or old (mostly retired).  Not many in-betweeners, some, but not many.

2)  The protest ran smoothly.  The protestors were respectable and peaceful.  The scene was filled with a sense of community and acceptance.

3)  The police were respectable and professional.

4)  The people who worked on Wall Street were scramming to leave and did NOT want to get involved.

5)  Walk one block away from the headquarters of Occupy Wall Street, and it feels like nothing happened.

Below are images and a video from Monday, 3 October 2011. 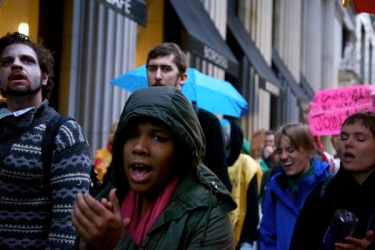 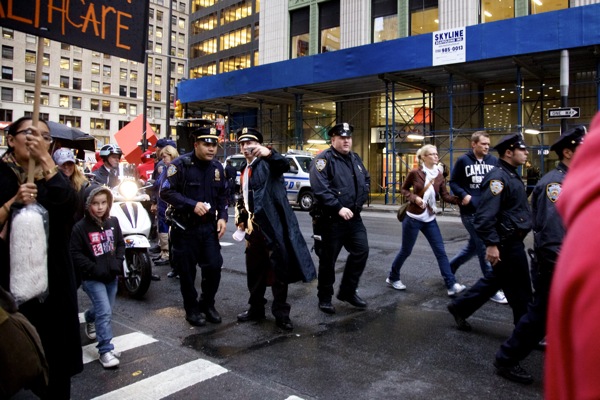 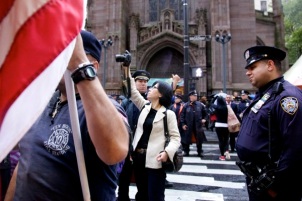 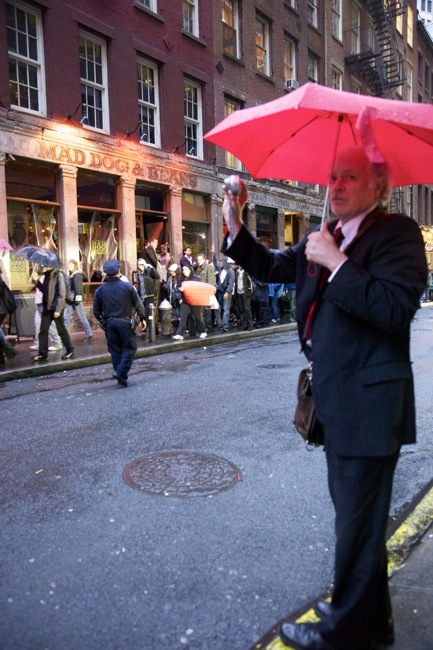 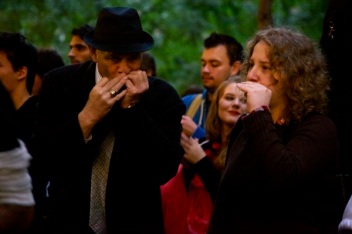 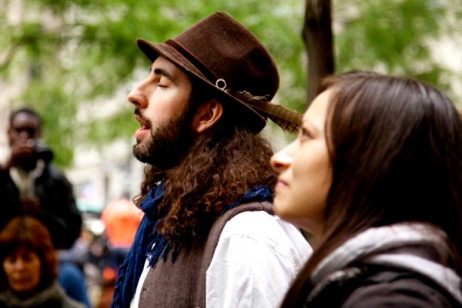 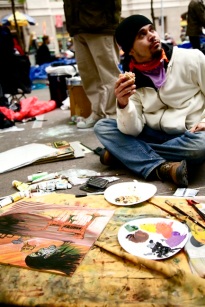 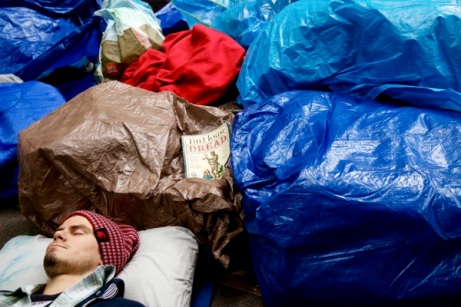 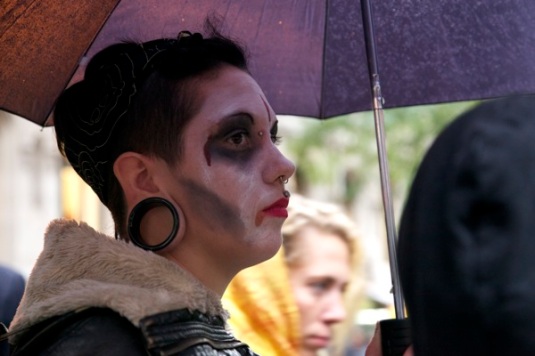 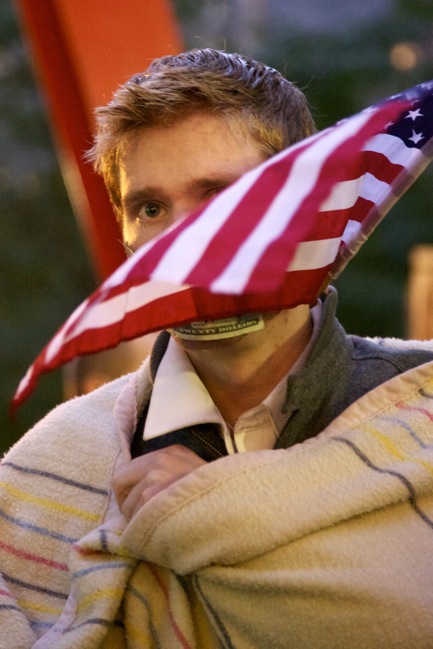 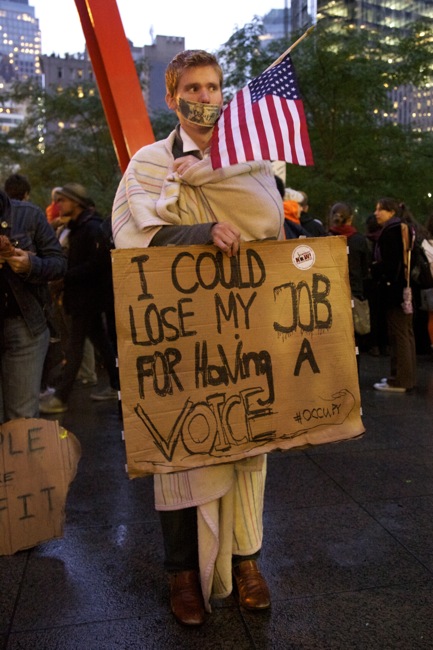 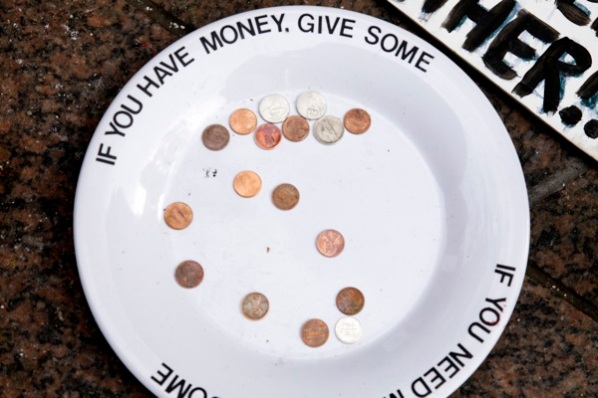 And now for the video…