New York’s Fashion Week is finished and thus has ended the schizophrenic characters, fashion, and schedules that personify this event.  Glamour, elegance, and creativity did not only flourish on the runway, but also on the streets that surrounded Lincoln Center, as well as the white tents and gardens of Manhattan.

There was way too much fashion for me to photograph, and so I decided to focus on just the various moments of Fashion Week.  From the quiet moments to the funny ones, and moments that embodied the 21st tech age, these are the shots I decided to show.  This is what I remember about Fashion Week, not just the fashion. 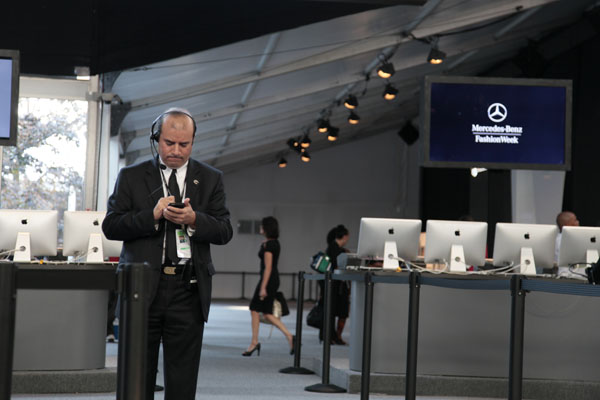 A security guy in quiet moment of solitude before the mad rush of the next show. 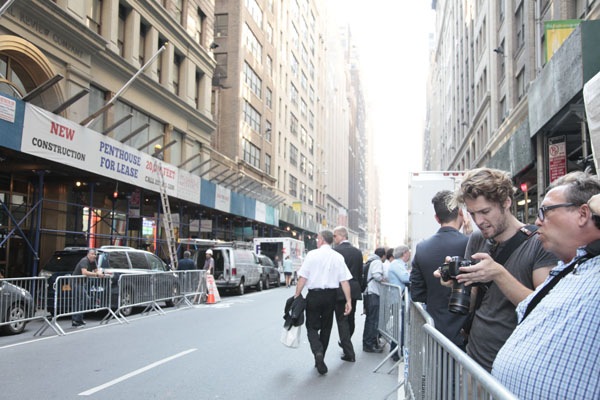 The streets are now empty, after models from the Calvin Klein show left for their next gig. 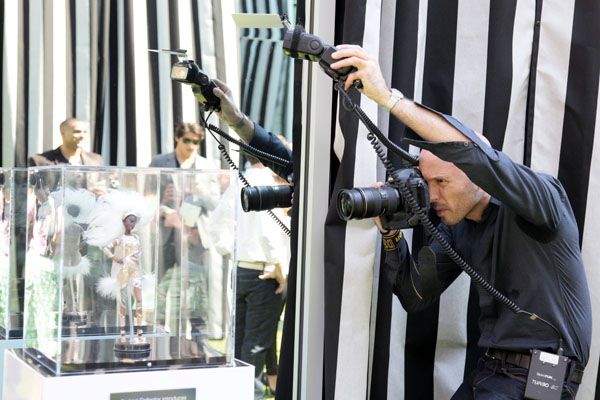 A photographer shoots Pazette Barbie, designed by Stephen Burrows, as she makes her debut at his Spring/Summer 2013 Presentation. 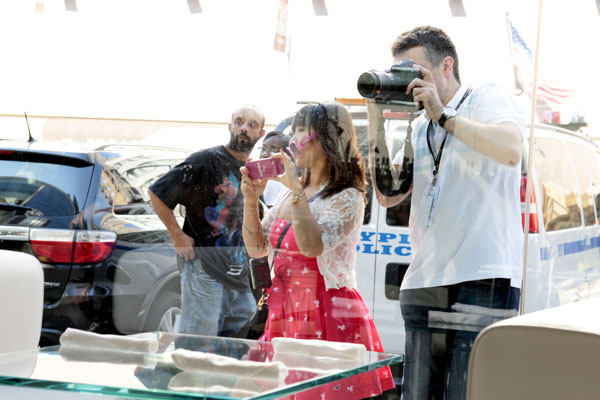 Photographer and blogger shoot into the window of KTCHN as designer Stephen Burrows and celeb stylist Phillip Bloch lunch. 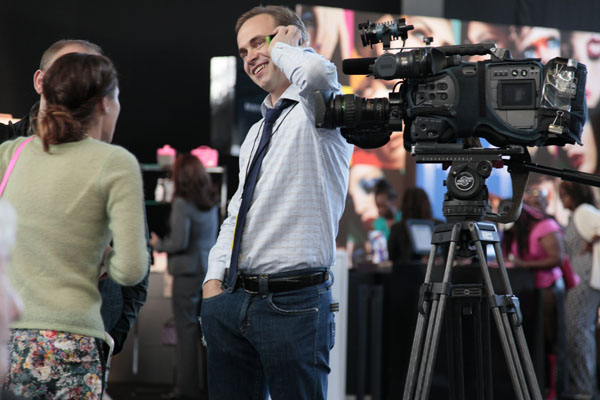 Of course there was plenty of media there. 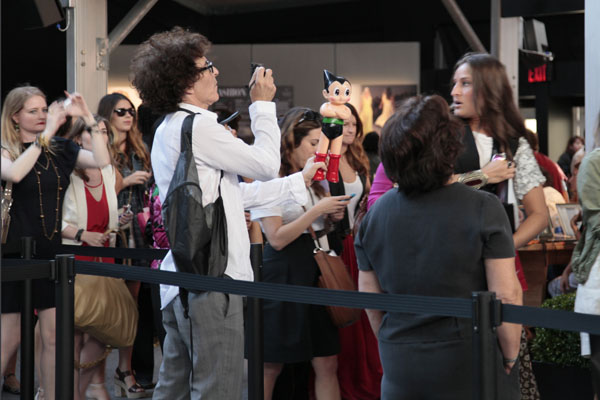 And well, very unusual moments.  I love the expression of the woman on the right.  Yeah, I don’t know what this guy is doing either. 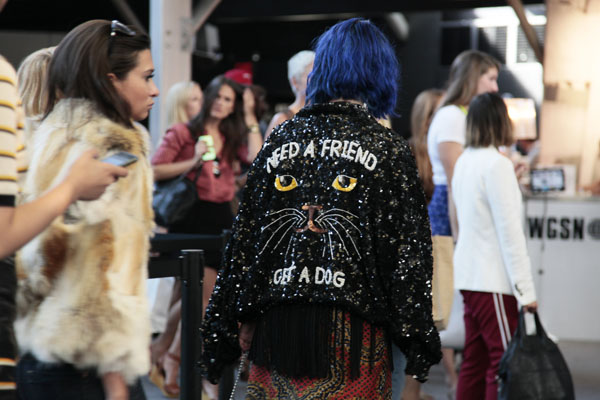 This jacket caught my eye.  My cat eye… 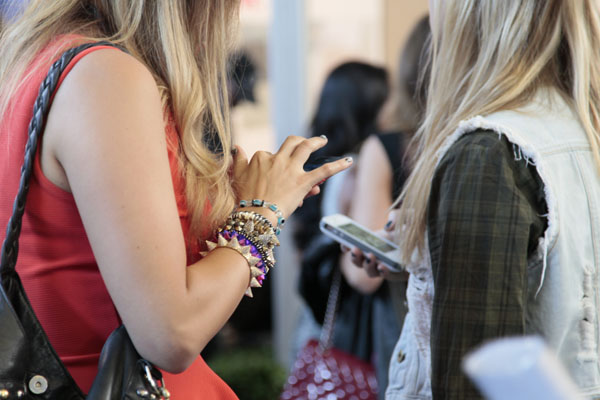 Communicating while not really speaking to the people you’re with, that’s pretty normal nowadays. 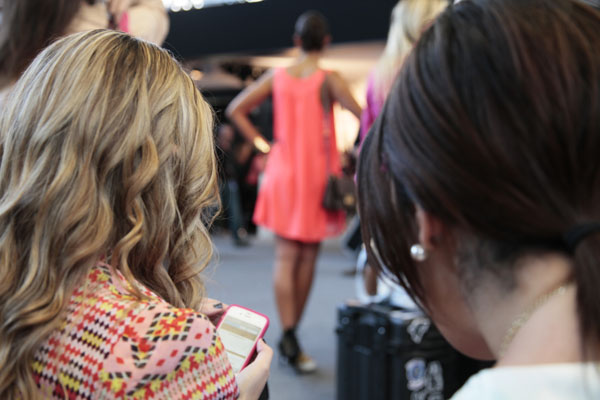 Two girls look at a cell phone, as a figure in the background waits, yet poses at the same time.  This shot pretty much sums up the whole scene. 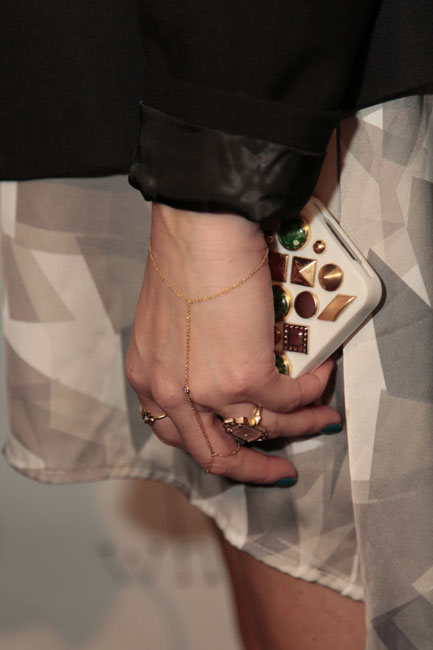 More cell phones, but this time, the jewelry is quite lovely as well.  This is Whitney Port’s hand. 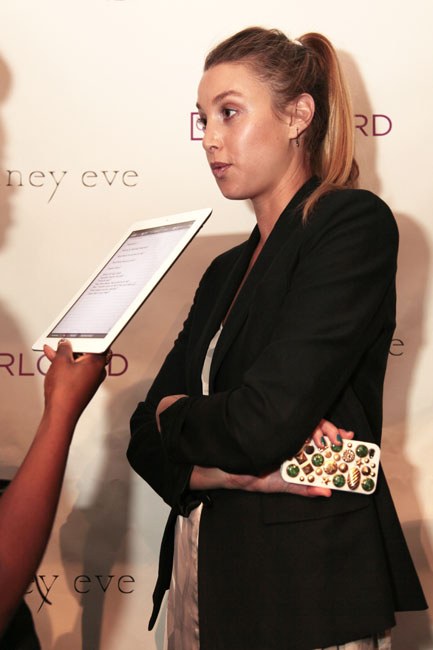 There’s that cell phone.  And iPads were everywhere these days.  It the voice recorder/camera/video/must-have accessory of the event. 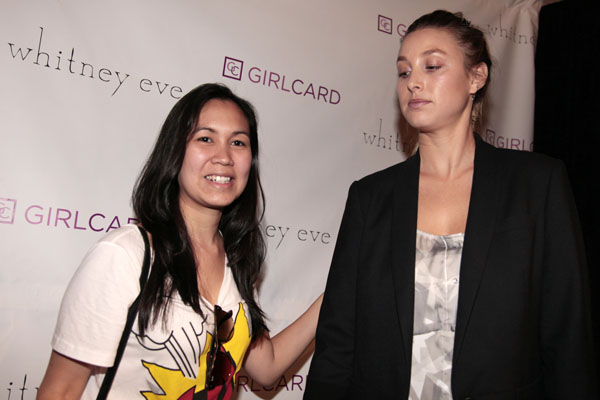 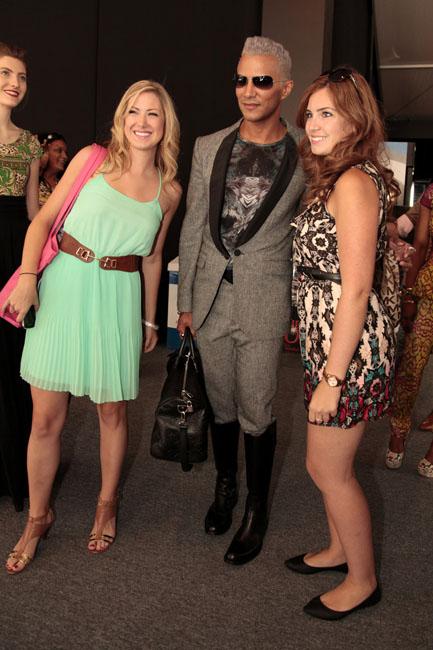 Canadians in the house, hey….

Jay Manuel poses with the ladies of Canadian site The Black Sheep (www.theblacksheepfashion.com). 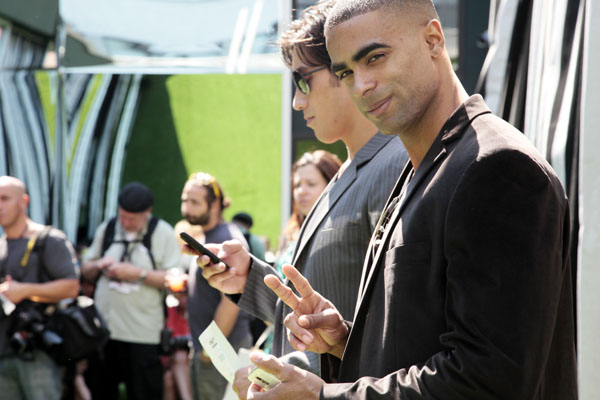 Um, yeah.  I’m not sure why I shot him.  But then again, there were a few of us shooting him.  Seriously though, can you blame us??? 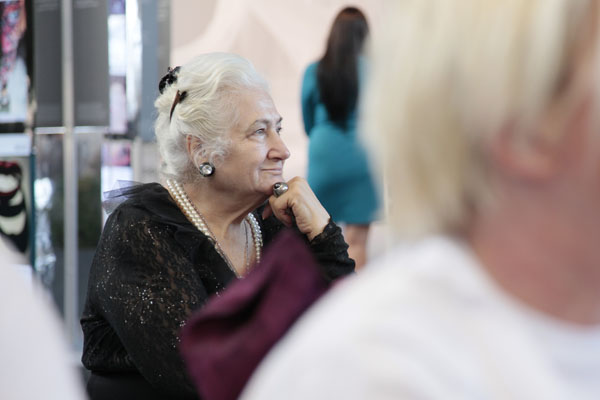 This is probably my favorite image.  Throughout all of the frenzy of the event, a beautiful woman sits and contemplates for a peaceful moment.  Her accessories gleamed as bright as her lovely eyes.

Okay, next time I’ll try to get more fashion shots, but this time I just wanted to enjoy the moment.