I first saw Ferraby Lionheart when he opened up for Jonah Noah and the Whale at the Musichall of Williamsburg, Bklyn.  I absolutely loved his music.  I thought it was going to be folk music, and if you know me, you know my saying about folk music.  FOLK…the other 4 letter F word. But folk is not really a good description of Lionheart’s music, especially after you hear the beautiful Arkansas.

So anyways, saw him again last night, this time assisted by members of Leslie & the Badgers, who performed after them.  I didn’t stay for them, because I had to rush home for 2 hours of Law & Order.  Yeah, that’s right…2 hours!

The lighting was a nice and bright spotlight, but did not light the other members as much as I would’ve liked, but that’s ok.  It was afterall, Ferraby’s performance.

Enjoy the pics.  And remember, no downloading.  And do NOT ask for them for free please. 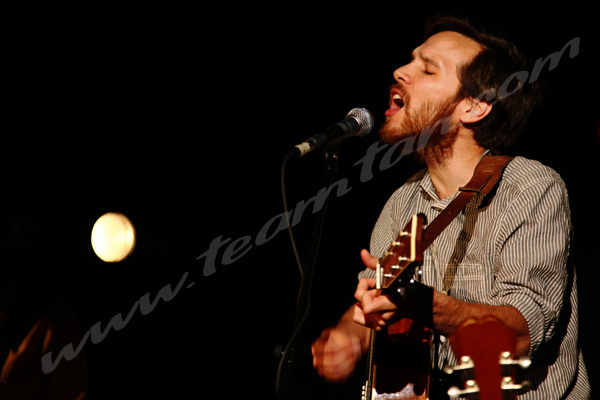 I would’ve bought the album, but I only had $1.  Damn that chocolate babka bender! 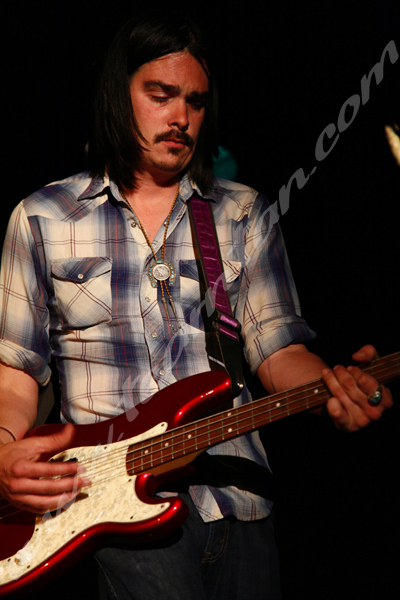 Someone told me it was bad luck to wear it upside down, like shown above.  It’s basically letting the luck run out.  I hope he knows this.  YIKES!  Still, it’s a nice necklace.  I actually really liked his turquoise ring, but couldn’t get close enough to get a shot.  It might look odd, me just standing there, pointing my camera at his hand.

Next up, sleep and chocolate babka dreams!