ALL IMAGES ARE COPYRIGHTED AND PROTECTED.  DO NOT DOWNLOAD OR USE THESE IMAGES.  YOU CAN POST THE LINK THOUGH:

Memorial Day weekend is considered the un-official beginning of summer.  It is my favorite time of the year.  The best way for me to describe this feeling is, it feels like Friday 5 pm, because it is the furthest thing from Monday 9 am.   Yesterday’s beautiful weather was a major added bonus for the 3 day weekend!

So, while my Saturday was basically a day of chores, Sunday was my field trip day to some great historical mansions, or as I like to delude…house hunting.  Yesterday’s adventure started with a 2 hour-ish drive to the Vanderbilt Mansion-one of the 12 famous estates of the Historic Homes in the Hudson Valley.

A red bridge we drove on.  The blue stripe is from the car windshield. 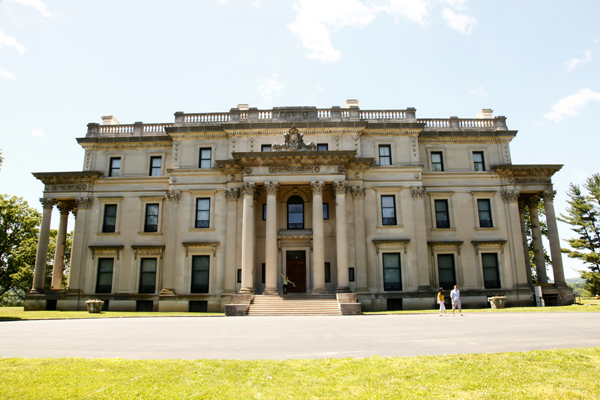 The  classical style was definitely ornate with influences of ancient Greece, which included these columns. 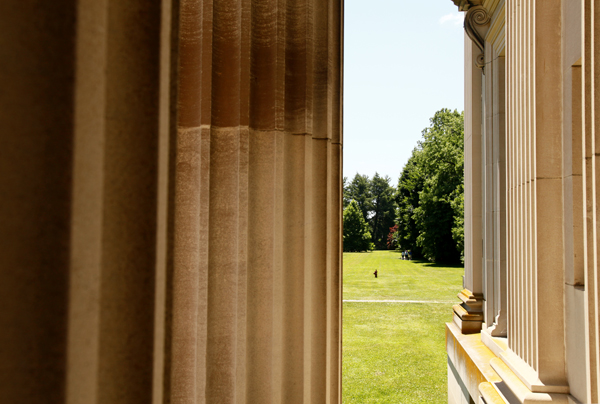 Unfortunately photography was not allowed inside, so shots of the exterior and the grounds were all I could get. 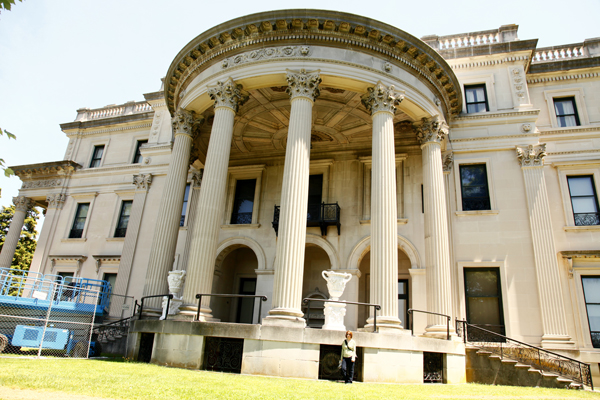 Renovation going on in the back, as you can see by the chain link fence surrounding some blue equipment, on the left.

The grounds of Hyde Park included an abundance of greenery.  Paths led to amazing pockets of streams, waterfalls, and views across the river. 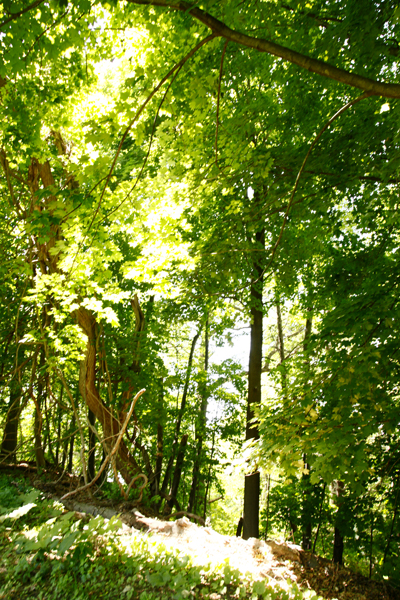 Coming across a dramatically lit scene. 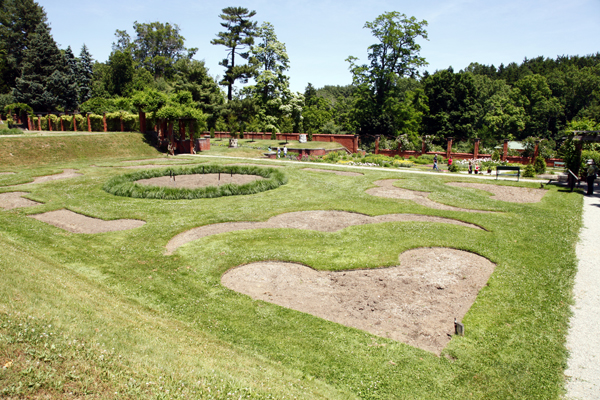 The garden area above containing cut outs of unusual shapes. 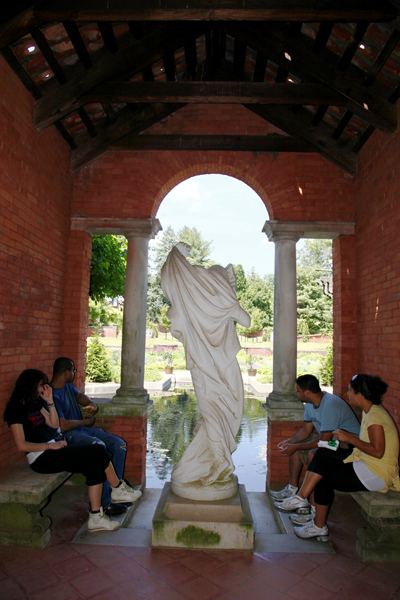 This little area here was a nice resting space containing much needed shade. 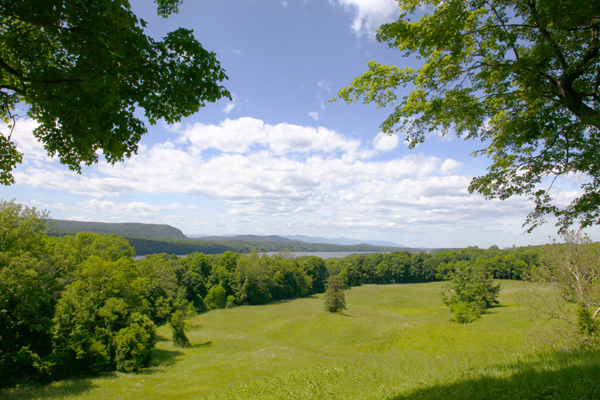 View from the grounds

Across from the parking lot.  So I guess this is the front yard??? 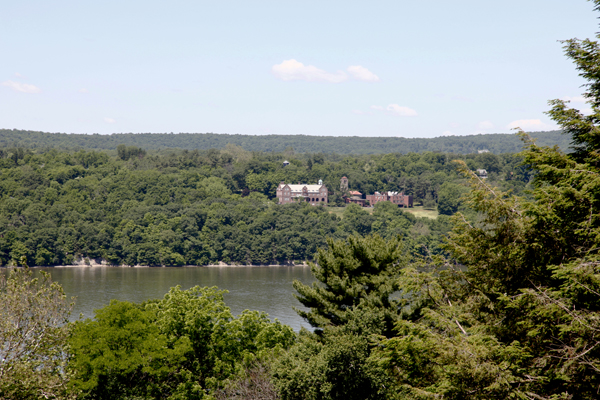 View of the neighbor’s mansion from across the river.  Pardon me…but would you happen to have any Grey Poupon? 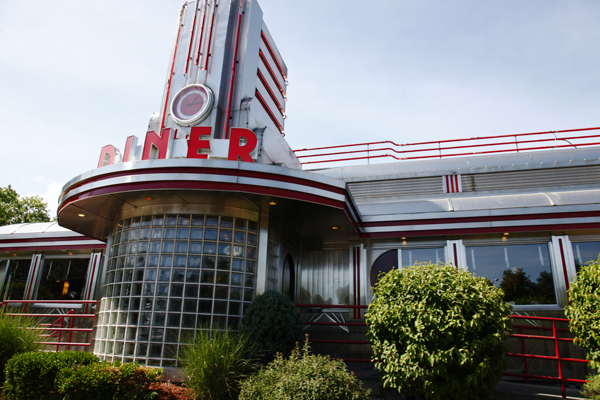 After the first mansion, it was time for grub at The Eveready Diner on Albany Post Road.  The diner, with it’s retro decor and googie-styled architecture, served up a decent, but not mind-blowing turkey burger.  Included with the meal were fries, similar to the Arby’s curly fries (just not curly) AND a small portion of the best onion rings I have ever feasted upon-crisp, fresh, and juicy…NOT to be confused with greasy.  Washed down with a huge Diet Coke, which included free refills, I was a happy and VERY FULL camper.  I also like to call this the diner with the hottest waiters I’ve ever seen.  WOAH! 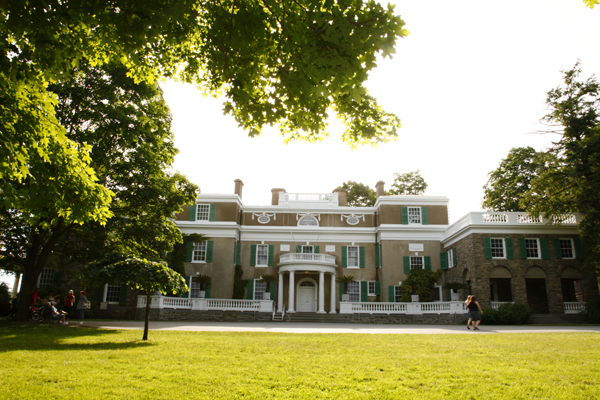 Just along the way is Springwood, the birthplace, home, and burial of Franklin D. Roosevelt. 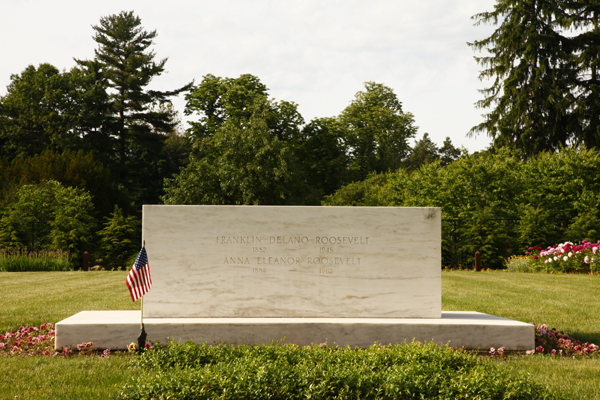 The only ones buried here are Roosevelt, wife Eleanor, and their Scottish Terrier, Fala. 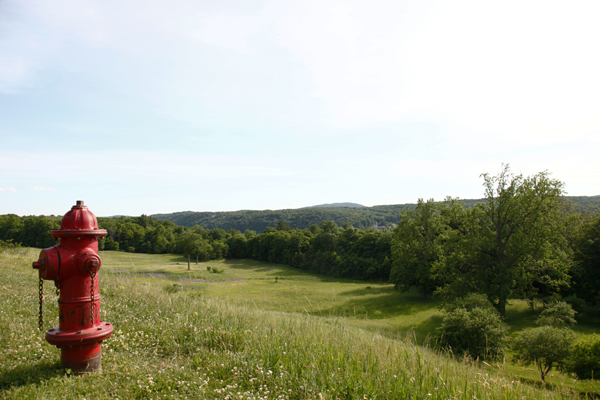 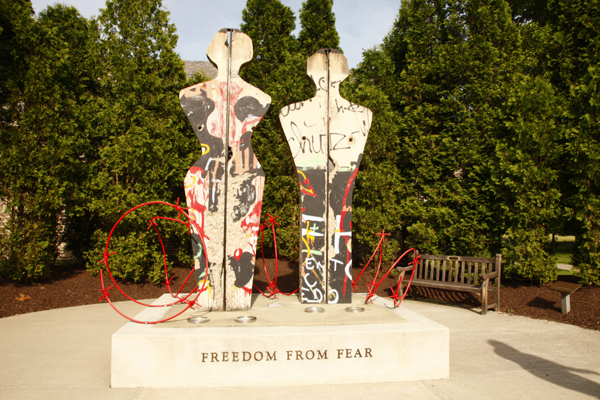 In a corner of the grounds is a section containing two cut-outs of a man and woman.  These cut-outs were taken from the Berlin Wall.  When I first saw it, I thought someone had graffiti’d the pieces.  DUH!

Before entering this section are two busts of FDR and Churchill

Trivia, did you know that Eleanor was Franklin’s cousin?  She’s his 5th cousin, once removed.

A very rude woman chatting on her cell phone while chillin’ with the R-Velts. 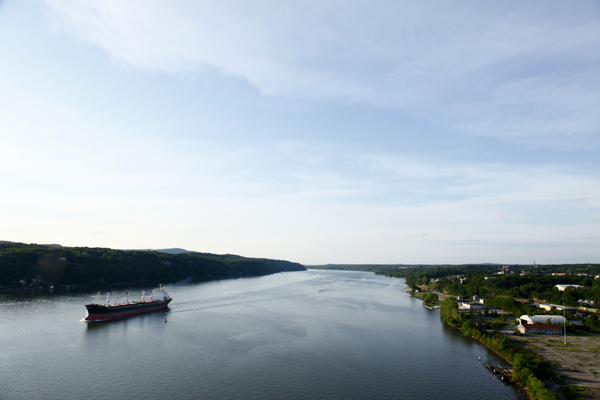 The views were pretty amazing.  The graphic lines all around from the bridge to the water were photo-op worthy. 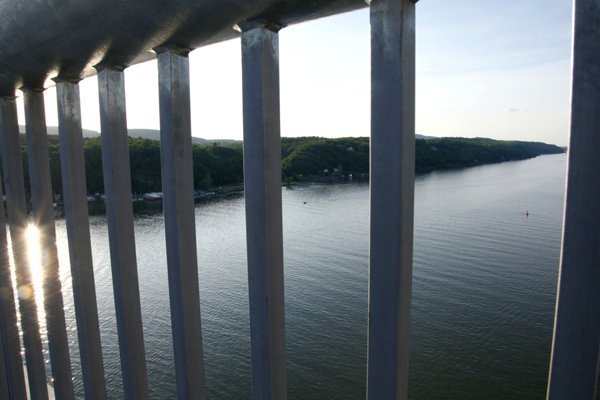 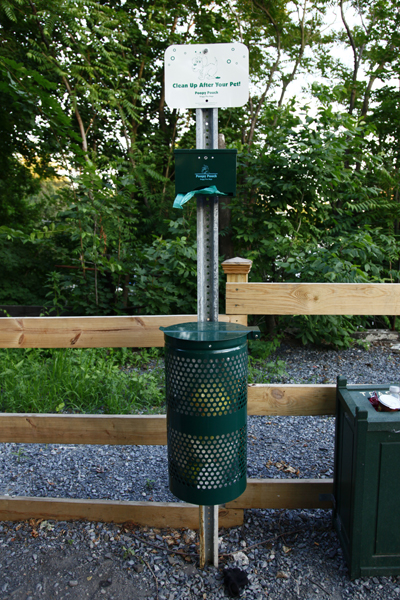 As you exit the bridge, you’ll come across a pet clean-up dispenser.

If they only had these in NYC!

I don’t want to end this post on a poopy picture, so here’s my final pic.  Why?  Bee-cause I like pink.

So, I’ve made a minor dent on my list of mansions to see.  2 down, 10 more to go…and that’s just in the Hudson Valley.  The list will grow and will hopefully lead to a trip to Hearst Castle in California.  I do declare…”mansion-hunting” is quite exhausting.  Get me a Diet Coke Jeeves. =)