Michaels Kors is king.  I always say that.  But hey, you can’t really argue with fact.  So his Fall 2012 collection was showcased at the Theatre this morning and exhausted as I am, I am so glad I had the opportunity to see this line.

The U-shaped stage allowed for the models to walk one side to the other in a u form then turn back around for the other side of the U.  I hope that made sense.  All I know is, there’s a reason why Kors is king.

From cozy to sleek as Kors would describe it, his Fall 2012 collection was all about juxtaposing different textures (like leather and knit in one dress) that one would find unthinkable, but for some reason, Kors made it possible…and wearable.

I’ve always been a fan of mixing patterns, since…8 years old, I guess.  This time Kors made it classy and cool.  There were some vintage 30s, 40s inspired pieces as well as 20s flapper style dresses, or were they early 20th century-inspired circa the Edwardian era?  What ever the inspiration was, it was beautiful.  Color was minimal as grey, beige, and black was prevalent, but red was the stand out, and boy did them red dresses stand out!

Here are a few of my faves from the collection from this morning’s show at the Theatre at Lincoln Center. 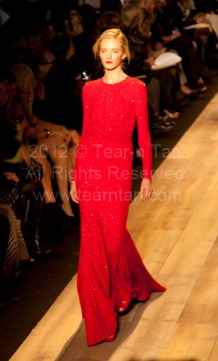 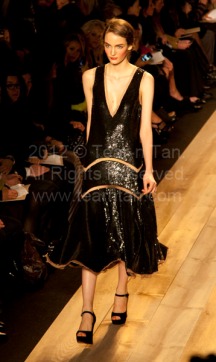 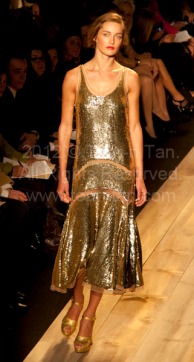 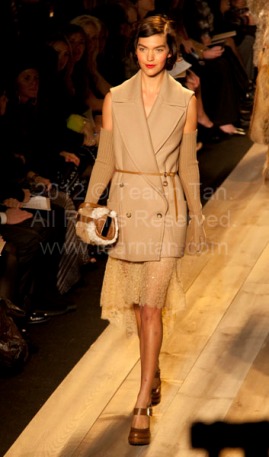 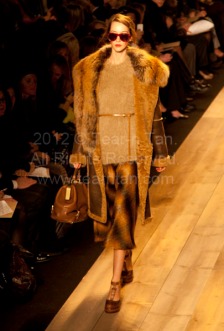 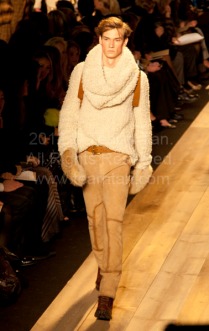 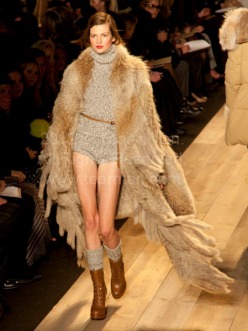 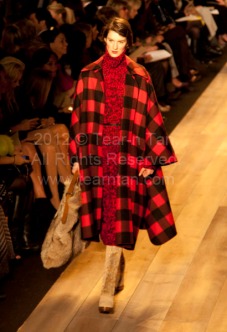 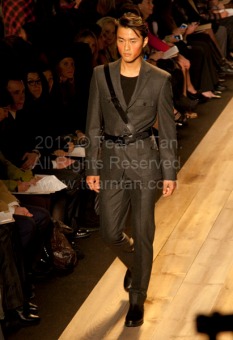 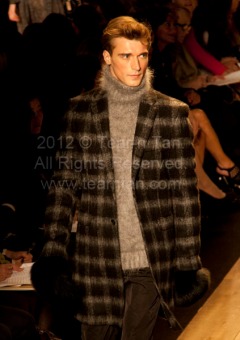 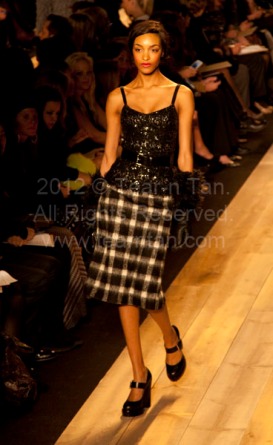 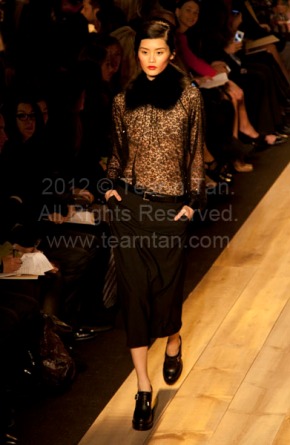 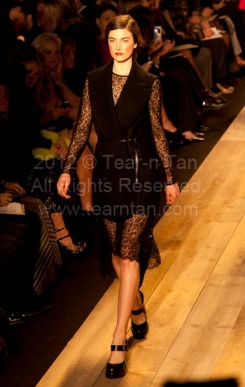 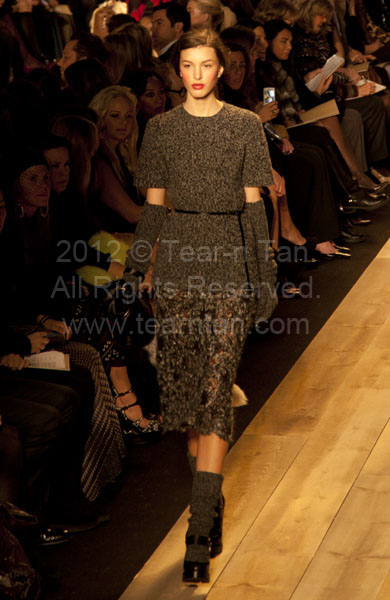 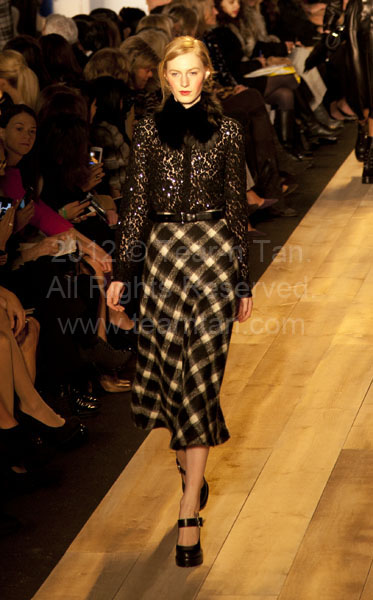 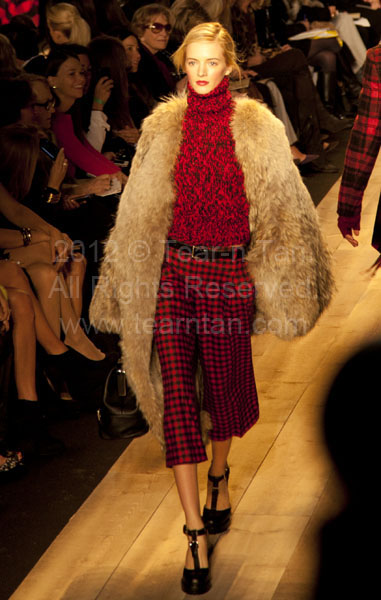