Front Row, part of the Fashion at MOCA series (Museum of Chinese in America) opened today in New York City.  Just 1 block north of Canal Street at 215 Centre Street, the museum’s newest exhibit along with another exhibit (Shanghai Glamour) curated fashion created by Chinese American designers who have made an impact on today’s style.

The only piece by itself was this gorgeous Vera Wang ballgown:

Along with the actual pieces were sketches: 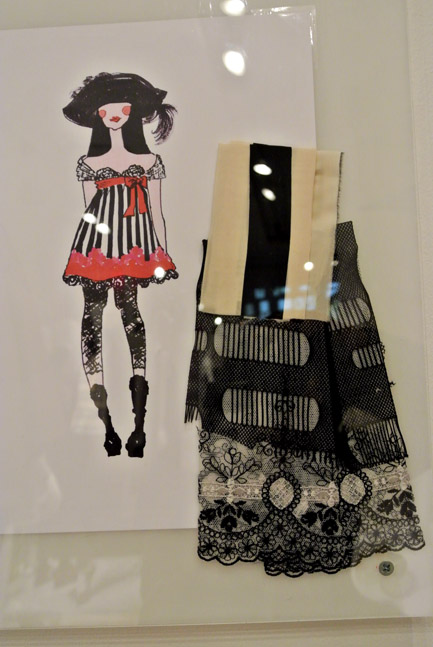 And this Carol Lim Lemon cotton flare coat, may be my favorite piece of all: 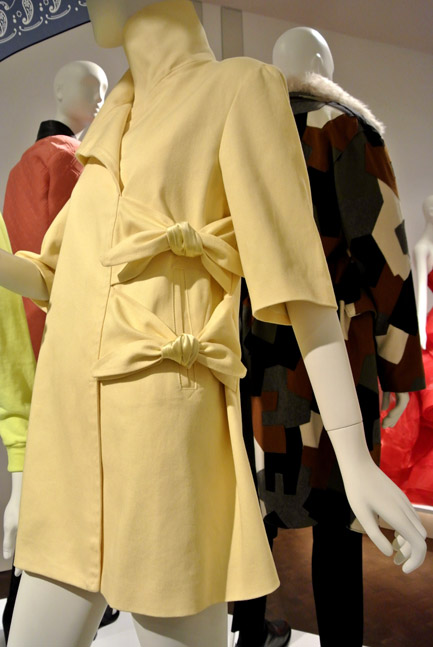 The exhibit also had repeating videos of some of the designers discussing their work, background, and New York City’s impact on their work.

Front Row will be on exhibit til September 29, 2013.  Admission is $10, Seniors and Students only $5.  After that, you can check out the Shanghai Glamour exhibit, which displayed some beautiful Chinese dresses knows as qipaos, accessories including shoes, fans, and handbags, and literature. 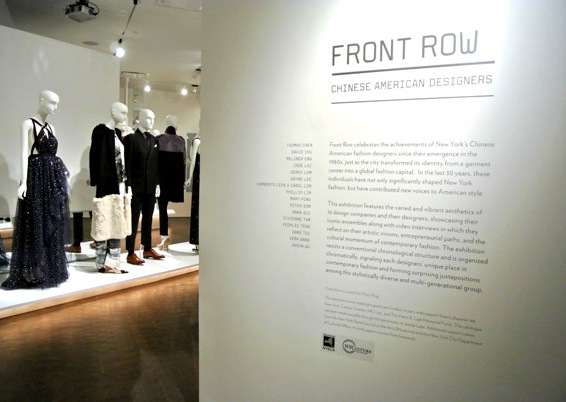 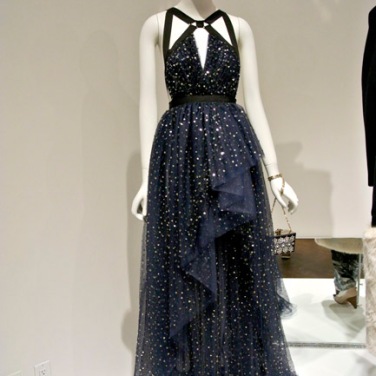 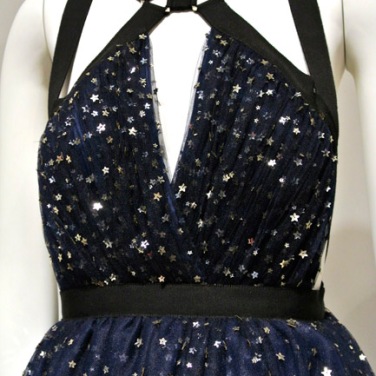 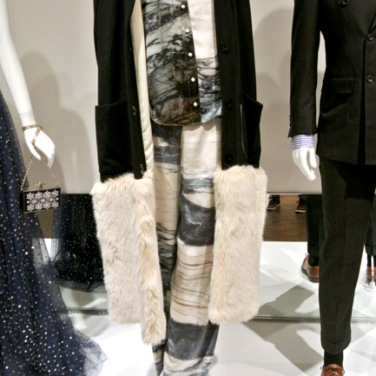 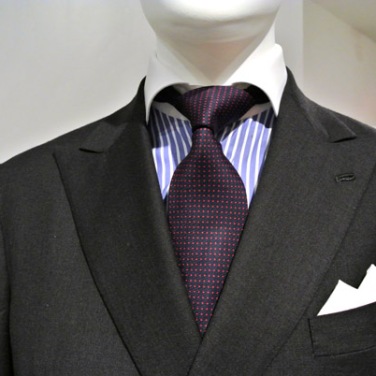 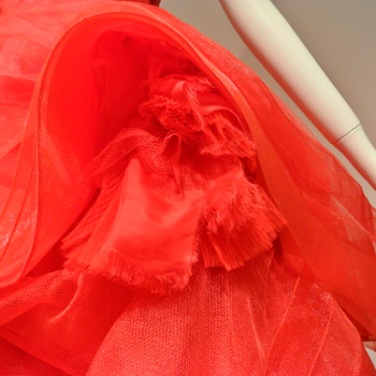 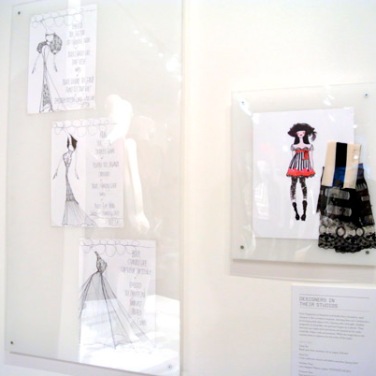 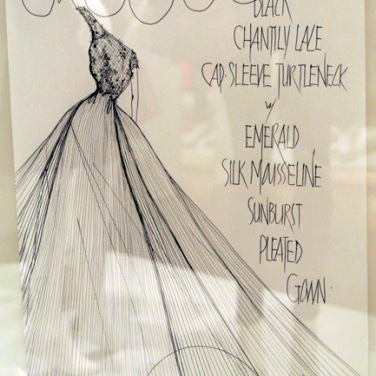 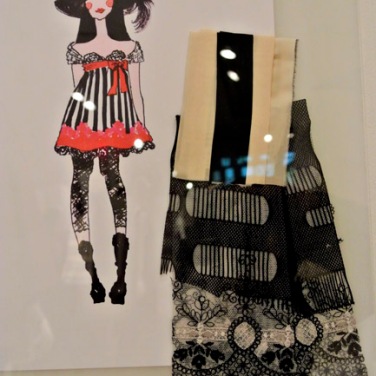 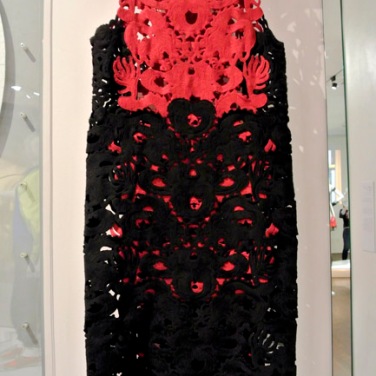 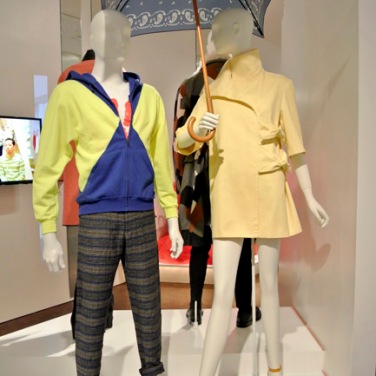 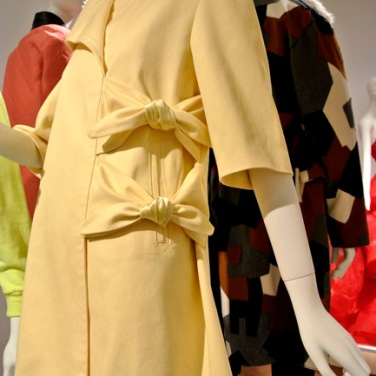 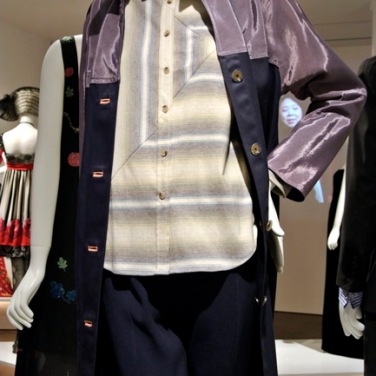 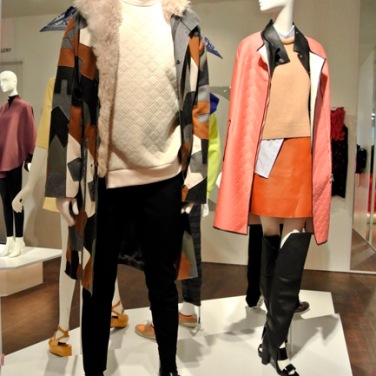 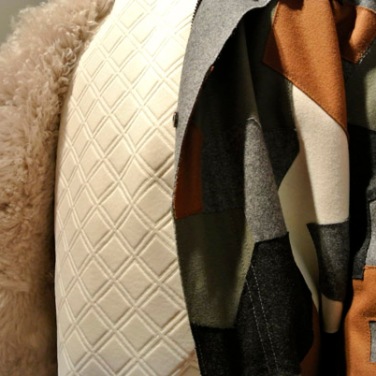 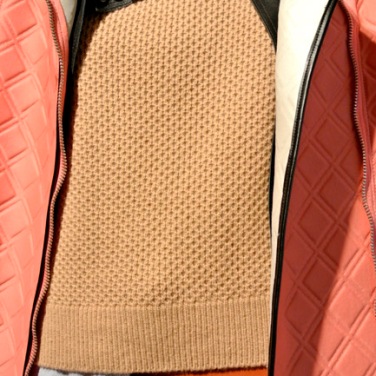 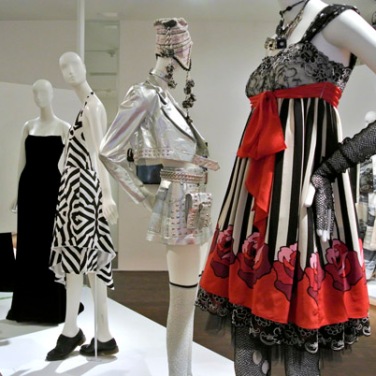 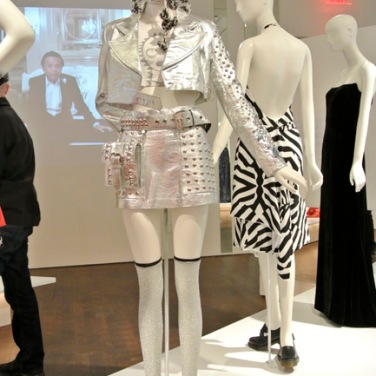 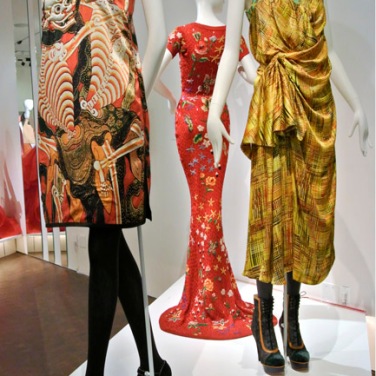 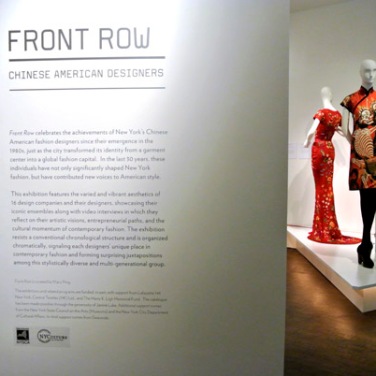