Finnish band French Films performed last night at the Cake Shop.  Opening up for them were 3 amazing performances as well from Sweden’s Alpaca Sports, the new solo project of Swede Tobias Isaksson – Azure Blue, and Brooklyn by way of Florida Marco Argiro and his band Marco with Love.

Alpaca Sport were lovely, with their twee pop sound.  Unfortunately for me, they started on time, so I missed 2/3 of their set.  But what I did catch, I did like.

Azure Blue was up next.  Hooked up to a laptop and pre-recorded tracks, singer Tobias Isaksson played a melodic set of watery guitar sounds reminiscent of New Order and Lightning Seeds, as well as 80s synth pop rock.  Also hypnotizing were the undulating movements of his wind chimes which he used for added sound effect. 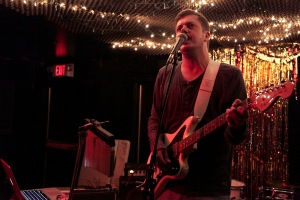 Right before French Films came on, Marco Argiro performing as Marco with Love, took to the tiny stage.  If you like just good old rock ‘n’ roll with a pedal steel in the mix, this should satisfy you.  I did like the startling effect of the pedal steel, it just wasn’t expected at times, but quite interesting.

To ‘Finnish’ the night, French Films from Finland put on a power-packed set full of intensity, sweat, and plenty of floor rolling.  Though it took a while to set up, it was interesting to hear the band speaking Finnish as they soundchecked…sounds like Russian.  They’re melodic 90s British influenced sounds can be heard again tonight at the Mercury Lounge, set times probably 9pm.  GO SEE THEM!  $10..not bad at all. 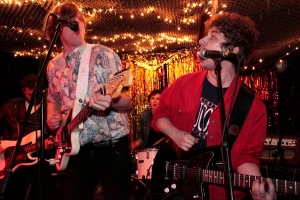 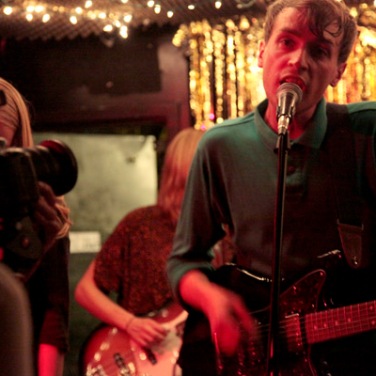 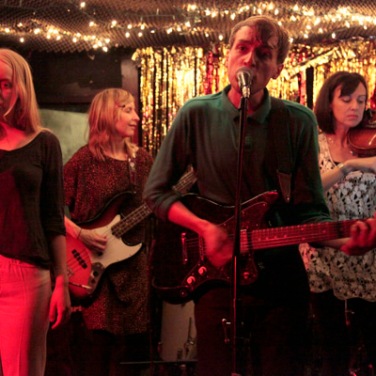 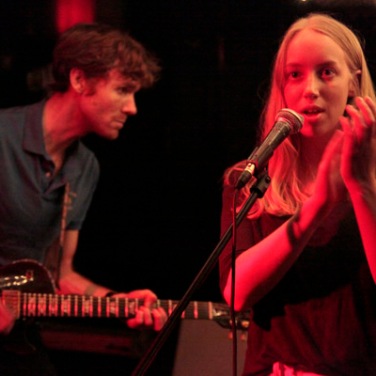 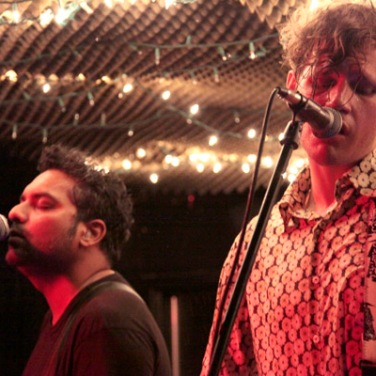 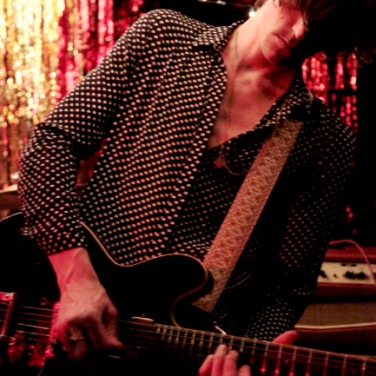 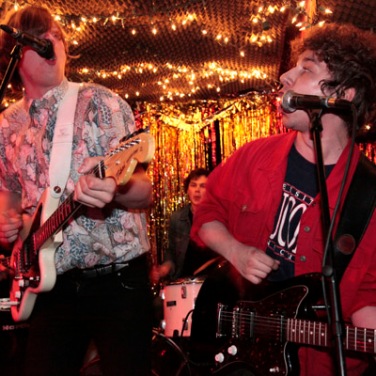 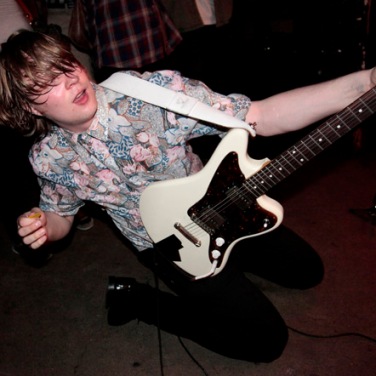 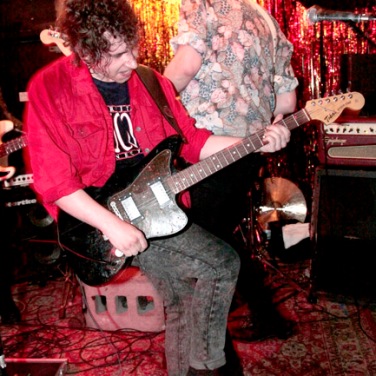 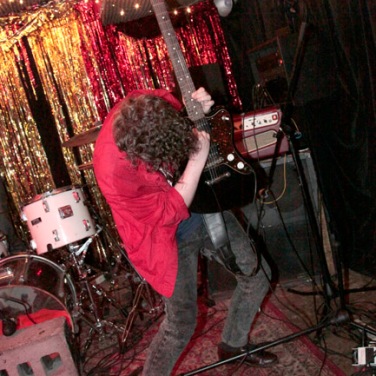