Osheaga Music Festival happened this past weekend at Parc Jean-Drapeau in Montreal, Canada.  Becoming one of the fastest growing music festivals around by bringing in big names like Vampire Weekend, Macklemore & Ryan Lewis, Beck, New Order, and The Cure, Osheaga also introduces the masses to buzz bands and unknowns who will become known.

Situated in the Saint Lawrence River, the island filled up the first weekend of August with festival goers ready for a weekend of music, art, dancing, food, fashion, and rain.  Yup, rain.  It happened on the final day, but when you resign yourself to the precip, you suddenly embrace it.  Rain is good, and it’s even better when a band is performing for you while dancing in it!

Best Performance – Bad Things (Yes, this L.A. band has got something.)

Weirdest/Yet Amusing Set – Palma Violets – Bassist Chilli Jesson’s erratic behavior was interesting to watch, but I think singer/guitarist Samuel Fryer may have been a bit annoyed, possibly for being upstaged.

Worst performance due to horrid lyrics – Kendrick Lamar.  Please stop.  Did he not get the memo about not using the N word anymore?  And referring to women as pussies and bitches is just plain disrespectful.

Wettest Performance – Silversun Pickups.  I tore my poncho, but it was worth it.

Meh, I Don’t Get the Big Deal – The Lumineers

Here’s a video of selections from my favorite sets from the festival.  And check out the fashion below the video!

Basic uniform for most of the festival goers were denim shorts for females and baggy shorts and tank tops/t-shirts for males.  Pretty boring as everyone just seemed to look like everybody else.  There were exceptions though, I was able to catch a few of them, like these people below.  It’s nice to see women wearing dresses at festivals, and it’s nice to see people doing accessories, like hats.  And no matter what dress you’re wearing, combat boots are okay for this type of event.  I’m sure it came in handy on the last day. 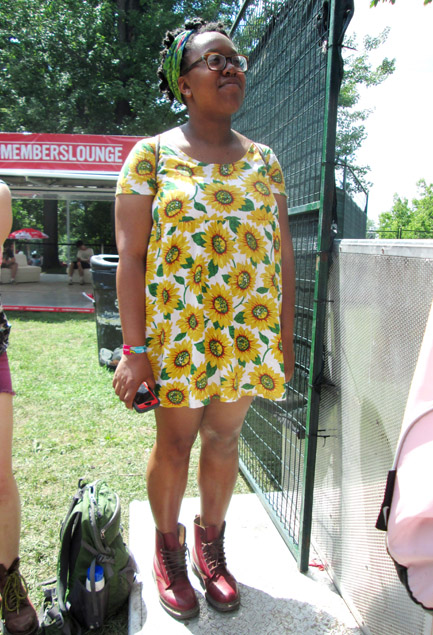 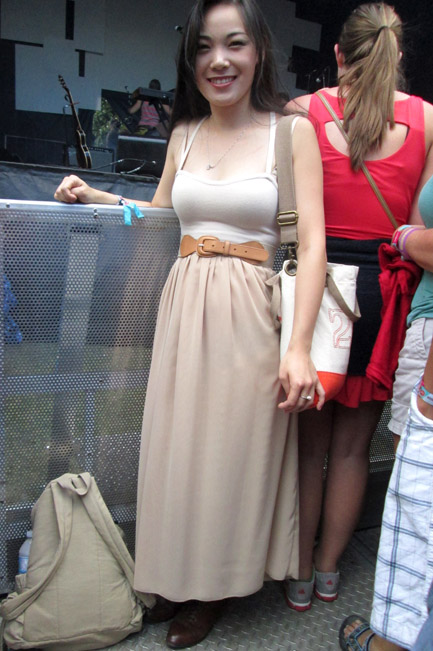 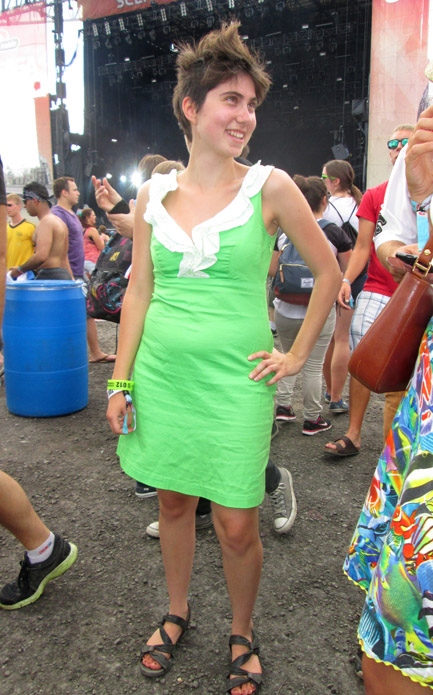 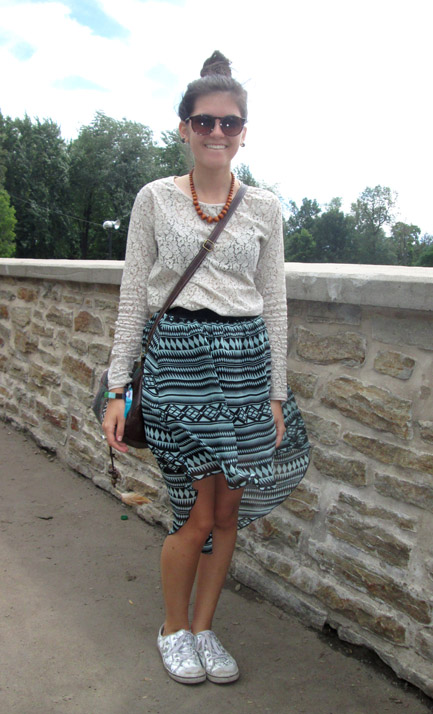